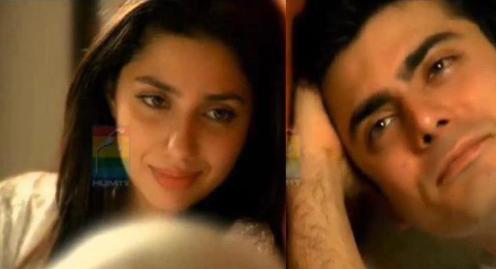 One of the strongest and perhaps most prevalent threads in the tapestry that is South Asian culture is the belief divine or karmic retribution. The subcontinent has little patience for “the randomness” of life explanations and open ended philosophy of the West: we look for finite conclusions to finite situations. Now I realize this put the producer and director between a rock and a hard place, Farida had to be punished without knocking into that other pillar of our society: honouring your mother. One of the main underpinnings of the Humsafar story is that Asher trusted his mother above his wife Khirad. So I think they chose the easier option and gave Farida a nervous breakdown rather than allowing her to be abandoned as in the book.

Asher never willingly confronts his mother despite the absolute confirmation of her guilt. He blames himself, bangs his handsome head on a barrier before jumping into a car to fetch Khirad. He can barely meet her gaze now knowing how abominably he treated her but manages to cook up an excuse to bring her home. Again he does not confront his mother or blame her till she starts haranguing Khirad at the door.  I found this the most disturbing part of the finale.

Fawad, Mahirah and Atiqa had us enthralled. I am sure the entire country held its breath when Asher said “Bas Mummy Bas” ….” Hareem meri beti HAI, agar iss baat ka koi saboot nahi hai tho saboot iss baat ka bhi nahin hai key main Baseerat Hussain ka beta hoon “  Even then Farida is not willingly to accept any guilt or shame “ tum ,tum mujhe galiy dey rahey ho..?” I have to commend Atiqa Odho for carrying off that entire mental break down scene alone in her room but for me this was not a satisfying conclusion to her track.

The best of this entire episode was the reconciliation between Asher and Khirad, beautifully done; it has to be one of my favourite scenes out of all the dramas I have ever watched. Fawad and Mahirah carried the whole thing off with such subtlety; we could see the ebb and flow of their emotions as Asher negotiated his way back into Khirad’s life. The shake of Khirad’s head had him worried but then she admits that she is tired of struggling through life without him. I know some people think Khirad should never have forgiven Asher but as Farhat Ishtiaq herself has said “Khirad and Asher loved each other so there was never a question of them not reconciling” I really don’t think Khirad let Asher off the hook that easily, the ending scene shows it took time for them to reach some kind of level of trust.

Poor Sara was in my opinion unnecessarily killed off and I think Khizar, who played the most iniquitous role in the entire plot against Khirad was let off too easily. Zarina really did pay the heaviest price for her really quite minimal involvement. Farida never really lost Asher but Zarina lost her only daughter. Again Hina Bayat’s scenes were heart breaking so there really was no need for that awfully fake wail of “saroooo” each time she picked up her daughter’s framed photograph. Perhaps I really am a little absolutist but let’s just say I would not have cried too hard if Khizar or Farida got accidentally run over by a bus.

Of course I adored the final scene of the happier family running around in the rain and despite my reservations about Farida I was left with a happy smile by the end of the program. I hope all our regular readers and commenters have enjoyed watching this serial again as much as I did. This serial, these characters, will always hold a very special place in our hearts. It is a rare event when all the factors that make a serial come into such perfect alignment. The writing, the production, the direction and the fabulous acting of all the parties made this show iconic and an unforgettable part of our culture.

I have the last episode of Humsafar on DVR so I watched it just as it was broadcast, sandwiched between promos of Bilqees Kaur, Durre Shehwar and Mata e Jaan Hai Tu. This really illustrated how spoiled we were: Daam on Sundays with Kuch Pyaar ka Pagalpan during the week .In my naivety I imagined that such rivers of milk and honey were unending and being the eternal optimist I am still hoping that those days will return. The singular most powerful achievement of Humsafar is that it managed to unite a huge, diverse and geographically fractured viewing audience around its characters. Despite all the options available to the viewing audience both in Pakistan and outside it .Despite the slews of gyrating naked images from Bollywood or the even more graphic violence and sexuality presented to us from the English language channels so many people from so many diverse backgrounds chose to watch this simple story sans any intellectual frills or flowery dialogues. And that ladies and gentleman is the power of love. 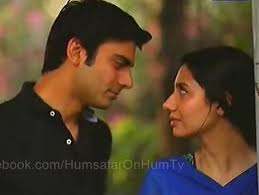