A throwback from the past

Renowned writer, actor and director Khalil ur Rehman Qamar has an enviable talent – the ability to speak volumes with one short sentence.

Having written and starred in plays such as Landa Bazaar, Boota from Toba Tek Singh, Manjali, Bunty I love you, the hugely popular Pyarey Afzal and the most recent Sadqay Tumhare, his mastery of Urdu is legendary.

His multi layered characters are easily recognisable, strong women, honourable men, whose conflicts, personal strife and triumphs match the well-paced storylines and he doesn’t shy away from showing us people at the margins.

“Afzal ko marna zaroori tha. (I had to kill Afzal).”

With those words, Khalil ur Rehman Qamar cemented his stance on killing one of the most popular protagonists the Pakistani drama landscape has seen in a while: Pyarey Afzal.

However, it turns out the idea wasn’t his.

Though Khalil sahib isn’t one to play to the gallery, nor does he have a penchant for tidy endings; even he was averse to give Pyarey Afzal a tragic ending. Though he had a wonderful ending planned, (listen here to find out how it could have been), it was Pyarey Afzal himself, Hamza Ali Abbasi, who convinced him otherwise.

At a dinner where they happened to meet, Hamza got down on his knees and said, “Khalil bhai please kill me – it will make me alive for all time to come,” Khalil sahib recalls.

He sticks by his decision sprinkling it with the insight that we glimpse in most of his characters; that a happy ending would have amounted to an unmemorable end.

“Ab ye dillon mein rahega, kaanta banke chubega aur kaanta banke chubne ki wajah se, ye bahut dair tak yaad rakha jayega (Now this will remain in people’s hearts, and prick them like a stubborn thorn that they will remember for a long time to come),” he muses.
Strong women
Afzal’s death was a given to anyone familiar with Khalil sahib’s predisposition for killing off his male leads. The women always fare better.

Khalil sahib believes in showing the strength of these women characters: “In a way, it is educating them. That is my dream about them (that) they should be strong people,” he explains.

Inner strength is not the only thing that he relies on. He puts these women through many a trying situation rarely seen on screen, but which mirror the ugly, uncomfortable realities of life. For instance, Dania in Bunty I love you, married off at 17 to a 60-year-old man, is one such character full of pathos and loss but she also has power.
Khalil sahib reflects on Dania’s “normal, but vis a vis an abnormal situation” wherein societal and familial pressures force young girls to marry older men, and their mental growth stops.

“Uski umar wahin kahi rukh jati hai (Her age stops there),” he says and though Bunty I Love You was slightly difficult to understand, he believes intelligent people understood and appreciated it.

Khalil sahib suggests that our aversion to ideas of love and romance stem from the fact the most of us haven’t been in love so we can’t and don’t understand what true love entails.

He admits that though opening up his story to others was difficult, he felt the need to acknowledge this girl. He wistfully reflects, “Mein shayad uske samne gunegaar tha (Perhaps I let her down). I wish to give tributes to her.”

With such deep emotion behind this story, can we be assured of a happy ending this time?

While Khalil sahib adamantly refuses to disclose any details, he seems amused that we are chasing unicorns and rainbows and that the finality of death is actually a happy ending.

Commending the team for successfully recreating that time period, culture and dressing, he feels that Mahira Khan has done justice to her role, and allows for the fact that this is Adnan Malik’s first outing as an actor in a serious role. 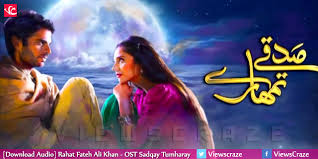 The drama industry
Examining the drama landscape and the array of male protagonists shown as philandering husbands, Khalil sahib remains deeply critical of this depiction.

So why should I go to correct the man?” he asks.

India’s impact
If we aren’t correcting our men, what of correcting our image across the border? How does he see the reception of Pakistani dramas in India?

Dismissive of most Indian dramas, Khalil sahib credits the positive responses to the ability of Pakistani dramas to stand the test of time.

He advocates creative cultural exchange and fervently believes that a creative pool of talent from both countries would end rabid thoughts of war.

Inspirations
As fans, we were curious about the inspirations behind his beautifully crafted dialogues. He admits, with great honesty that he isn’t that well read in Urdu and he genuinely and humbly considers his writing abilities a gift from Allah.

In a scene practically out of one of his dramas, he remembers reflecting on his poverty-stricken childhood as a seven-year-old: “Mein ne ek gutter ke dhakan pe baith ke soocha (I sat on the cover of the gutter and thought) – Khalil Ur Rahman Qamar do you need people? I never needed people. I just needed my Allah and he was always with me.”

How close to or far off the mark is that interpretation?

Though Khalil sahib agrees with our observations he has one reservation.

“Love and falling in love is never old fashioned. People who love, who really love they are always old fashioned. They will remain old fashioned,” he elucidates. “When I talk of love, I talk about intensity which is the prerequisite of love. If there is no such intensity I don’t believe love is there.”

If Hemingway believed to get started one must write one true sentence, for Khalil sahib, that truth is anchored by his faith. He expounds on that intensity stating,

Future projects
For the future, Khalil sahib names a few of his projects: Tera Ghum aur Hum, Zulaikha binna Yusuf, Mein Tumse Pyar Nahin Karti, Samjhota Express and I am sorry Hassan for the small screen and films such as Bablu Bhai (for Humayun Saeed) Ishq la Illaj (for Sajjad Gul) and an untitled film to be directed by him to grace the silver screen as well.

As we bid him good luck, Khalil sahib has a humble request for his fans: “App mere liye bahut dua kiya karein bajaye ye ki meri tareef kiya karein (Please say a prayer for me instead of praising me).”

BY Sadaf Haider and Sadaf Siddiqui

This originally appeared in Dawn.com