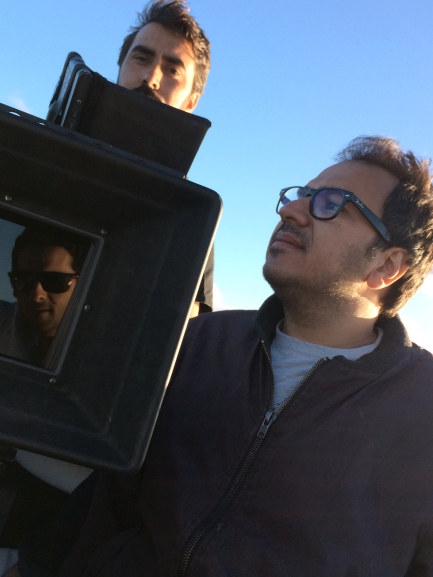 1.Tell us about your previous work especially Made in Pakistan

I have always been inclined towards film and Made In Pakistan was also a step in that direction. I have been focused on making a movie all my life, and the documentary helped me improve as a storyteller. I started with a sitcom Bus Yuhin on HUM, then my telefilm 14 Din won a few awards at the Hum Telefilm Festival and I did a play called Na Jane Kyun for PTV.

2.What inspired you to make a film like Bachana?

Primarily I wanted to make a Pakistani film, which could both engage and entertain the audience. Secondly I feel that generally Pakistanis are large hearted and noble people and I wanted to bring that out in an entertaining manner through the character of Vicky(Mohib Mirza

Bachaana is a film made for the big screen, I have made it to the best of my abilities and since I love film that is where I am influenced.  The rest is up for the audiences to decide.

4.Sanam Saeed and Mohib Mirza are without question very talented actors, but they are not usually associated with comedies. Do you think the audience will accept them in less dramatic roles?

I feel it will be a fresh change for the audience to see them doing something light hearted. Apart from being gifted with a sense of comedy the one thing that makes Mohib such a good fit for Vicky is the aspect of heroism. Since Mohib whole heartedly wants to be a hero for the big screen he is able to capture the larger than life moments in Vicky’s character.  Sanam was part of one of my first television productions and the interesting thing is that she played a part that was primarily comedic. So as far as I was concerned I always saw Sanam as an actor who would do well in something light hearted like Bachaana.

Doing a play together certainly helped as both of them were comfortable with each other and developing on screen chemistry became a smoother process. Because as actors both of them are very different, Mohib is more spontaneous while Sanam has a more studied approach but the great thing about them is that they want the scene to work, they weren’t trying to overshadow each other. They would be constantly rehearsing and throwing ideas.

6.why did you choose to shoot in the Mauritius? Was it easier working there than say Karachi?

Mauritius is filled with amazing landscapes and beautiful locations. On screen that helps in making the film visually appealing. In a sense Bachaana is a trip to Mauritius that you can take for the price of the cinema ticket.

7.How difficult or easy was it to put this project together?

Don’t even use easy and film in the same sentence. Its incredibly hard especially when it is self funded.

8.Making a film is often a dream for people and now you have achieved it, what advice do you have for struggling film makers?

InshAllah in Pakistan things are getting better by the day and opportunities are springing up, so if you have faith in a story it will be told.

9.As a director what was the most memorable part of shooting this film (if you can please share an anecdote)

Doing aerial photography in a helicopter without any doors on top of the sea with extreme winds. It felt like an episode of Fear Factor. I worked so hard that I lost about 4 kgs during the course of the shoot, and that is saying something cause I hardly missed a meal and would be eating chocolates constantly.

10.How are Sanam Saeed and Mohib Mirza to work with?

Brilliant! The question should be how am I to work with?  After making them work 18 hours a day for 35 days nonstop, if they are still nice to me.. toh bahut hi ache log honge … The shoot was tough and tiring but they kept pushing themselves to do well, they kept going.

11.Sanam Saeed is a huge star in Pakistan and has a massive following in India. Do you have hopes of this film doing well across the border especially as it seems to have an international flavor?

I think it would connect with the Indian audiences, as it is a positive non-political film. I think they would love to see a Pakistani point of view on a Indo-Pak Romance.  Getting is released there is another story.

12.Cross-border relationships seem to be popular on the silver screen right now , with Bollywood making movies like PK and Bajrang Bhai Jan , is there a risk of this of being Repetitive with a similar story in Bachaana ?

Not at all. There is no similarity in these films and Bachaana.

13.Do you have any projects planned after Bachana? If you can, please tell us about them.

14.What are your hopes for the Pakistani film industry?

When Pakistanis put their mind to something nothing can stop us, and I think this is why our film industry is going to get bigger and better.

This interview first appeared in The ExpressTribune