Some Dillagi with Faiza Iftikhar and Nadeem Baig 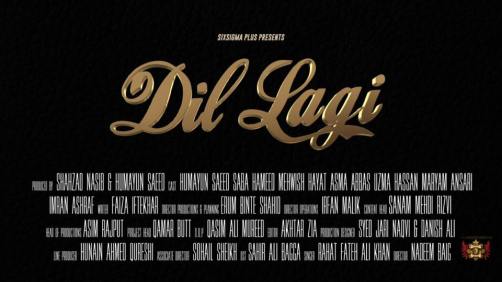 Spring is in the air and Tv channels are launching the brightest and best serials for the new season. Anyone watching ARY Digital cannot fail to see the intriguing teasers for the new drama serial Dillagi. It boasts a formidable star cast including Humayoon Saeed and Mehwish Hayat, fresh from their blockbuster movie hit Jawani Phir nahi Aani. Their amazing on screen chemistry is once again being utilized, this time for the small screen. Dillagi is produced by Six Sigma, directed by Nadeem Baig and written by Faiza Iftikhar. Baig is the now famous director of Pyarey Afzal, the serial that made Hamza Ali Abbasi a household name and what is now the no1 all time grossing movie in Pakistan  Jawani Phir Nahi Aani . Faiza Iftikhar is a popular author and groundbreaking scriptwriter, whose dramas like Roag ( a Lux Style Award winner ) and AunnZara whose popularity has touched astronomic heights on both sides of the border. This is their first collaboration. We caught up with them to talk about their new project Dillagi.

What inspired you to write Dillagi ?

Faiza Iftikhar: I took a break from writing in 2013 because I did not want to write the same kind of story over and over again Channels were asking me to write something similar to my drama Roag or some other current topic but I cannot repeat what I have already written and especially not what someone else has already covered. I have never written anything to order, I simply cannot. So when Nadeem Baig came to see me about a serial I kept coming up with excuses in the hope I could put him off.

What excuses did you make ?

Faiza Iftikhar: I said, “my heroine will not allow anyone to slap her”. I really was not in the mood to write anything so I added “Actually my heroine will do the slapping, be warned, she will slap the hero.” Baig Saheb was undaunted and said fine. Again I wanted to put him off so I said” my heroine will not be mazloom at all. In fact she will be quite zalim and khabees.” He was a little taken back, but told me that he didn’t even want to know the story and that I could write exactly what I wanted. After that I had no way out and the story of Dillagi came to me. And yes, the heroine Anmol is not the typical bholi, mazloom larki; she is not empathetic at all and may well annoy people. 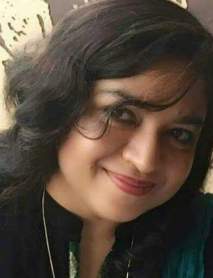 Why would she annoy people?

Channels want heroines who bring tears to the audience’s eyes. We also have a strange concept of women in our society; either they are very good or very bad. Either they are very intelligent or very stupid, nothing in between.  People are much more complex than that and I cannot write such perfect characters. When I see these perfect one dimensional characters on screen it makes me laugh. I cannot take them seriously. Characters have to be rooted in observation and reality to be authentic. 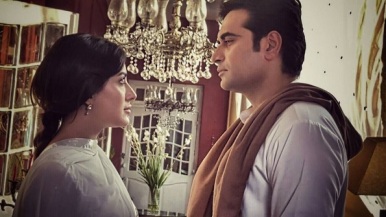 Can you tell us something about the story of Dillagi?

Dillagi is a love story, but unlike most love stories it is one sided. On one side there is love and on other side absolute hatred. One person is taking the relationship in a positive way and the other person is taking it as a challenge. Dillagi can mean true love or a flirtation, a game and that fits the story.

Nadeem Baig: Hahahahhaha….. He has always been a good looking man with a great screen presence and I might add a close friend. When we shot the Jawani Phir Nahi Aani court room scene, I decide his look for Dillagi, that day. Just a clean shave after 4 years and it  gave him a fresh look , of course he keeps his weight in check.

How do you see Mohid, the hero of Dillagi, is he an inspirational character?

Faiza Iftikhar: I think this dialogue of Mohid defines his character very well…” Main ghalat kaam b bohat sahi tareeqay say karta hoon…Magar kabhi kabhi koi sahi kaam ghalat tareeqay say kar baethta hn…admi ghalat nahi hon.” (I may do the wrong thing in the right way but sometimes I do the right thing in the wrong way. I am not a bad man.) Yes He is inspirational in a way. 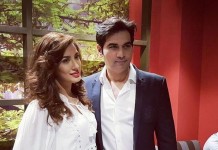 Nadeem Baig: I think Mohid’s character is tailor made for Humayoon…. This is a story of mistrust, how we completely misinterpret people. Yes you might say that he is actually inspiring, but as Faiza says , Wo kabhi kabhi saheeh kaam bhi ghalt tareeqay se kar daita hai. He is not naïve, in fact he is very intelligent.

From the trailers of Dillagi, the heroine, Anmol, seems to be manipulating him, so is he really that smart?

Nadeem Baig :Par jab dil kaheen lag jay tau intelligence bhi dhari reh jati hai ( when you fall in love you leave intelligence behind.) Anmol is actually not a manipulating or calculating sort, rather the opposite she is an impulsive girl. I think women are actually quite strong in our society they take their own decisions and unlike Men they are able to multi task .I like to show thinking women in my dramas.

Faiza Iftikhar: Anmol is a character that suffers not because she is bholi or naïve but because she is overconfident. She is a strong woman who makes quick decisions but just because you are confident it doesn’t mean you are right every time. You should consider what other people say especially your parents. Anmol has all the qualities I admire in woman; she is very hardworking, independent, proud and self-made. She is not defined by simply by being a wife, a mother or a daughter; she is a person in her own right. 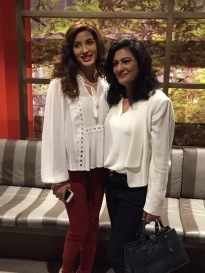 How do you create this magical thing called chemistry?

Nadeem Baig: I actually don’t know for sure, but I strive for the feeling of every scene and push my actors to give me that feeling in that moment. I think it is a director’s job primarily to inspire his actors. I become obsessive with the actors about their performance. Those who have worked with me understand me so well that they pick up on what I want. Jaisay Aiza…..she only had 8 scenes with Hamza in Pyarey Afzal but made people believe in the relationship she is a very hardworking and a very good girl.

Mehwish Hayat is playing Anmol. We have recently scene her in very modern avatars but in Dillagi she is back to portraying a traditional middleclass girl, was it an easy transition?

I am very happy with her….she has really worked hard and given 100 percent. You will see she has carried some tough dialogues really well.  When she read the script she was really excited, I am glad she trusted me and said yes to the role.

What can you tell us about other actors in Dillagi?

Saba Hamid has given yet another award winning performance….She also got nominated for Lux Style Awards for both my previous plays. She is mother who has a strong belief in values….but not in a negative way. Vo Anmol ka aks hai. ( she is a reflection of Anmol) and Faiza Iftikhar has given her some beautiful scenes and words to say. The supporting cast is full of good actors like Imran Ashraf and Asma Abbasi.

What kind of actors do you prefer Intuitive or thinking?

Have you seen Manjali, that was my first serious play and my first serial with Khalil Saheb? It has to be a mix of both spontaneous acting and thoughtful. I have to say I don’t like method acting. I say it must come from the heart. When you know wat you are doing it becomes easy. Good actors are always intelligent people. You have to come on to their level and build trust. As i say…goofs (unintelligent people) can never be great actors.

What do you want to say to the audience about Dillagi?

I want the audience to interpret this story themselves without preconceptions. They should watch because it is different, It is not a run of the mill Saas/Bahu story and it is deeply romantic. It will also marks a return to TV for Humayoon Saeed after 5 years.

Well I had one rule for JPNA, I wanted to be able to watch it with my family and that rule will remain with me. My favourite scene was the DDLJ spoof at the end. The toughest part of making JPNA was convincing the producers we could actually make a good film that was it. The transition from drama to film was not difficult I guess main “shuru sey hee thora filmi tha ha ha ha..” But it is true that the craft of storytelling is different for films. Honestly JPNA was not difficult because I was prepared and had visualized it. 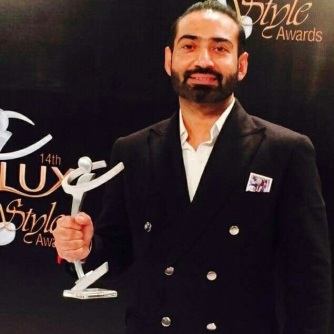 Nadeem Baig: Everyone asks me that question even my mother….I don’t think you can get away with a murder. …No matter how justified we might think it was. …a sad end to a beautiful love story

I want to call you a magician because you made all those beautiful but long Urdu dialogues so accessible.  Especially those spoken by Maulvi Subhanullah (Firdause Jamal) and Ruqaya begum (Saba Hamid)

Not a Magician at all just honest and passionate about my work. The change I could make to the script was that I didn’t let them sound that dramatic. I made them easy to listen by working hard on the dialogue delivery with each actor be it Aiza, Suhaii, Mehwish or Sana.  Saba Hamid and Firdause Jamal are brilliant actors. This was my first time to work with Firdause Saheb. I just tried to make his character real that was it .Authenticity and absolute genuineness. Initially he would get upset with me when I checked him .But then I took time with him and asked him to trust me. As to Saba, she is always effortlessly brilliant. You will see her shining in Dillagi again. 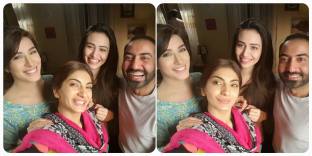 Apart from Dillagi do you have any other projects coming up?

Nadeem Baig: It’s a love story a film written by Khalil ur Rehman Qamar. I cannot say much more, because nothing is finalized yet.

Faiza Iftikhar:  I have several projects in the works. One is with Big Bang productions starring Faysal Qureshi and Iraj Fatima but untitled as yet. Another project coming to your screens soon is Nigaar Khana. In Urdu Nigaar Khana means “studio”, this project is about the heyday of the Pakistani film industry. Nigaar Khana’s cast includes Saba Qamar, Mikaal Zulfikar and others.