This may go down as my favourite episode, but I am trying to play it cool because the finale looks just as amazing. I was just not sure Anmol and Mohid’s reconciliation would work , after all these two are such strong , stubborn characters and any cop out would have left a bitter taste in my mouth . No matter what her faults I really like Anmol , she is loud ,outspoken and doesn’t give a fig for public opinion but she is painfully honest and actually very caring despite her sometimes rough tongue- love her to pieces ! Faiza Iftikhar has written a fascinating character so far removed from the silly , unrealistic bholi larkiyan and Mazloom women we so often see on screen. Mehwish Hayat was nothing short of magnificent today, showing us all the flips , twists and turns of her characters mood with just her expressions . She made the whole episode work like a charm. 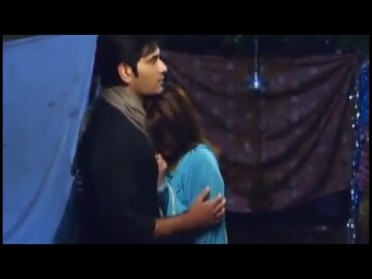 I think Anmol realised she never wanted to leave Mohid when she turned back from the lawyer’s office last week, but pride can be a devil that drives us to the very edge .So she turned up at Mohid’s office to hash things out again. Mohid’s confrontation with that nasty piece of work Kifayat Ali was nicely done. In the heat of the moment Mohid verses a truck full of goondas looked totally believable, it was only after the episode was over that I remembered the goondas could have used a gun. Well played by Humayoon Saeed and of course the master of the game, Director Nadeem Baig . No dialogues were necessary, the look on Anmol’s face said it all: her final bias shattered she surrenders to her true feelings. Sharmindagi , love and fear all showed in just one glance.

Back home, Anmol spends the evening sifting through her memories, all the things Mohid did that broke down the wall she had built up against him. . Anmol is so used to having Mohid waiting for her, when she doesn’t see him, she is so afraid that she has finally succeeded in scaring him away. I didn’t even realise I was crying when she finds him standing behind her.  What a beautiful sequence, the buildup and release of tension were just perfect! I just love how Mohid waited for his headstrong wife to actually come to him , completely of her own free will . Hats off to Faiza Iftikhar, Nadeem Baig, Humayoon Saeed and Mehwish Hayat for making something so simple, seem so sweet. Now we see why these two are made for each other, why Mohid was willing to go through an Aag ka darya to catch Anmol. I loved all the scenes of Mohid and Anmol at her house, finally these two are normal married couple, relaxed and comfortable in each other’s company. More importantly Anmol’s mother got some relief from all the tension she has been going through since the day Anmol took the crazy decision to take the Qazi to Mohid’s house.

If this was the film that it could have been, this would have been the ideal ending but as it’s a drama there are still a few loose ends to clear up. While Anmol and Mohid may have made it up and forgiven each other, Zulekha stands firm, asking Anmol to go through with the revenge she had taunted that her mother in law would never allow. I am no scholar but doesn’t religion advise us against taking oaths against ourselves? So Zulekha says she is only testing Anmol’s love for Mohid after seeing her son suffer for so long, personally I think Zulekha needs a Xanax because if Mohid suffered he was the one who pushed his way into Anmol’s life in the first place.

Much as I disagree with Zulekha, Saba Hamid gave another powerful performance staying true to character. Zulekha insists Anmol slap Mohid back in front of her servants but Anmol runs away. Poor Anmol, who doesn’t regret things said in the heat of anger and who wouldn’t be angry after the questions Mohid asked?   Some great acting from Humayoon Saeed made this sequence so watchable , the guy was literally begging to be slapped to get it over with .After all why would a man who could face off so many goondas worry about a slap from his wife ?

Next week’s promo shows Mohid and his family going to Anmol’s house with the full band, baja, baraat and everyone laughing. I am guessing this will be the point when idiot Kifayat Ali shows his hand. I am keeping my finger’s crossed that this doesn’t end in Mohid’s death.. Really it would be like a knife in the gut – totally stupid and unnecessary. Instead it would be nice if Mishal and Dastagir had their little romance declared and sanctified.  I am sure the writer and director have some metaphorical fireworks up their sleeves, but please don’t fix what isn’t broken.