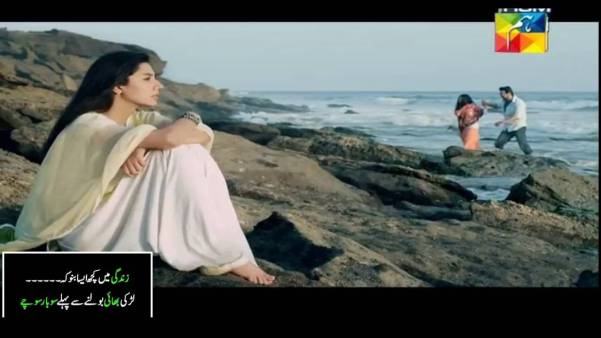 After last week’s confusion, this week’s episode was back on track and made for some great viewing. So the happy couple is back from their honeymoon and like any normal sister Saman wants to share. I think she said three albums and the look on Saba’s face said it all: even if I wasn’t a love struck teenager type in love with the wrong man I would get tired of looking at that many pictures! 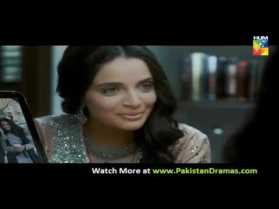 While Saman is happy and begging Saba to share in the joy, Irtiza ( who knows Saba a lot better) has noticed  the change in his youngest cousin  but is too busy to understand or worry too much. Irtiza is always so caring and kind , but he sees Saba as his little pet rather than a woman. Mahirah Khan is the driving energy of this serial and she carries every scene so beautifully. The story unfolds from Saba’s  perspective and we can see with each expression on her face, all the quiet, secret battles she is fighting.  Spending time with the newlyweds is an exquisite torture for Saba,and its obvious that she imagines  all of this could so easily have been hers.

Still she maintains her composure, never allowing her feelings of disappointment to overshadow her relationship with her sister, nor does she allow herself to be bitter at least yet . However the anger is slowly building up inside her like a bubble waiting to pop.

I think the best scenes this week were the beautiful rendition of Yunhi Jal Jaey gay by Abida Parveen while Saba searches through her box of memories, each trinket a reminder of her happiest times with Irtiza. The whole sequence was framed and picturized so well, and Mahira Khan captured  all the intensity of Saba’s feelings perfectly.There were times when I wanted to say, Saba, there are more fish in the sea and you never know, you might actually find out that what you felt for Irtiza was just a crush.

I guess I am getting used to seeing Saman and Irtiza together , they finally looked like a couple but the dialogues between them are a little formal and unimaginative compared to the Irtiza and Saba interactions.  Armeena Rana has finally coming into her own as Saman and we can see her character very clearly now. As to Humayoon, I think I just prefer him as Mohid. In this serial he just seems way too old for either of the heroines, maybe later when he gets more lines he might make more of a mark. I really didn’t think the conversation between Irtiza and his Chacha worked. Irtiza is a grown man and he was acting like a little boy asking for extra candy.

The other big news this week was Idiot Safeer and beychara Sonia. I think we all realise now that Safeer is no prize and personally I wish Sonia would drop the loser and run but she has made a huge mistake trusting this guy and so she will have to live with it.  Safeer is completely nauseating; I knew he would ask “yeh kaisey hogaya?” because sex has nothing to do with reproduction in his tiny mind. There is a strong comparison made between the love and joy one couple feels for their coming child and the way Safeer and Sonia have to deal with an unwanted pregnancy. No form of contraception is 100 % safe, and I think its high time people understood that. In a rare show of decency, Safeer mans up and proposes to Sonia but I don’t expect that to last. Maybe it’s just crazy little me but if Safeer is not afraid to hop into bed with Sonia then why is he afraid to do the  right thing and marry her? I really don’t think religion is ever an excuse from backing away from doing the right thing.

As I said earlier this was a much, much better episode than last week and I am looking forward to next week. Team Bin Roye has done a fantastic job and whoever you are, please take a bow

This is the Irtiza I am waiting for ; )