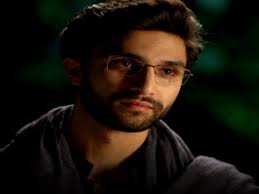 I was expecting fireworks this week but happily there weren’t any! I don’t think the plot needed to turn what is essentially a romance with a lot of life lessons about trust and slander into an action adventure. I am so glad Asfi didn’t turn into an angry young man with a gun ;part of the charm of this serial is that the protagonists don’t resort to revenge or violence to get even .Instead  they do the most difficult thing ,wait for Allah ka faisla or Karma to kick in. For those who cannot read Arabic : as Asfi faced off with  Khan framed behind were the words Y’Allah Madad ( a plea for God’s help at all times ) written on the his windshield .There is nothing to stop Khan from shooting Asfi where he stood except for the grace of God , and  help  comes in the form of the cute little baraat . I laughed out loud at the release of tension and that was the purpose I guess. I am not sure Big time Goondas like this Khan character can always be defeated so easily but what is amply illustrated is that if people stand together and Allah ki marzi ho tho nothing can stand in your way. In a way all of Asfi’s good deeds, his naik Amal , his long list of kind acts made the local people stand with him . Good deeds are never wasted !

I think Asfi came the closest a good son can to calling his father barrister Osman out for not standing by his own son . I always found the way Osman warned Danyal off instead of helping him, disturbing. I got the feeling playing it safe with those in power had probably given barrister Osman the illustrious career that was mentioned in the first episode and Danyal’s naïve belief in him as a beacon of principle might have been a little annoying. Then his lack of belief in his own son’s innocence sealed the deal for me . If His father had made a few phone calls and advised Danyal more, perhaps he might have come out of the whole Noori case alive .

Finally Osman uses his contacts and calls a senator he knows and frightens Khan off which in turn leads to the police gaining enough gumption to arrest the ironically named Bahadur. Ahad Mir was fantastic throughout this episode, from silent tears for his brother, to awkward run ins with Zubia ,to standing up to the villainous Khan . His expressions, body language and those adorable eyes had me glued to the screen. Sajal Ali had fewer lines but heck who needs them when you can emote the way she does? No doubt she is a fantastic actress who knows how to project the most complicated emotions with such authenticity. Call me old fashioned but I loved the scene where Asfi pulls the curtain forward because he knows Zubia would like to maintain her privacy, as her scarf has fallen off while she sleeps. There is nothing more important in a man than that he honours you and your choices.

Meanwhile Zubia’s idiot brother has finally realized what a fool he has been and is searching for his sister in the hope of making amends. On the one hand I am happy that he takes responsibility and doesn’t hide behind his wife’s manipulations, but on the other hand I may not be able to contain myself if Farhat ishtiaq lets the dreadful Bhabi get away with what was essentially murder . For a girl like Zubia , for anyone no matter how they dress or don’t dress their character , their reputation is an essential part of who they are . To destroy that part of them is a huge cruelty , having said that Zubia actually grew and matured in adversity , becoming a better stronger person. I know , I know we should all be so superhuman that we don’t need the approval of such idiots as Sheema but a little affirmation in the form a of a resounding slap metaphorical or otherwise would do me at least a world of good .

This story seems a little rushed to me , and although I didn’t want it stretched I am praying they makers have given us a good deal of time for the reconciliation between Asfi and Zubia . PLEASE don’t cheat us of a satisfying finale …….

So we saw a few old motifs from Humsafar again this week, the “main aap ko jawab deyni ki paband “ was used again and it felt a bit like heresy .. In my mind that dialogue is forever reserved for Khirad , her windswept hair and total; disdain for Asher’s “alaa zarfi “ ( Hah!!! Don’t need, don’t want it : I am no longer a bholi larki  who cares what you think, I am a mother , which makes me a Tigress -but I digress) . That and the I.D in a book scene, which was(as Afia pointed out on Twitter) strongly reminiscent of Asher finding Khirad’s letter . Please, my iltija to Farhat Ishtiaq , we love your work  , nay adore your work, but please keep Humsafar in a separate mental box if possible , some things are sacred.

Khair putting that whole Humsafar thing to one side Asfi got quite a wake up call from the I.D tag and his intelligent, analytical mind is working on the conundrum before him. I have a feeling he has now understood at least in part where Zubia’s withdrawal is coming from. That brings me to another thing about this episode : It wasn’t the woman who was moping in corners and trying to understand the sudden loss of love , it was the man . Asfi misses Zubia, but he has self-control ,he doesn’t demand anything more than she can give , he doesn’t follow her around e nor does he ever make a scene. This is why people love the heroes that Farhat Ishtiaq writes, they are all so humble and innately decent that we imagine the best people we know are like them.

A word about Hira and Mani , who quelle surprise have a lot of onscreen chemistry ( I wonder why lol ) . I wish their track had a lot more scenes. Its so rare to see such a story; two widowers carrying the burdens of the past, trying to heal. I honestly wish, we could have more of stories about this kind of mature relationship or second chance romance . Suffice to say Hira and Mani were a great addition to the cast. As to the rest of the cast, I think Maryam Nafees as Khajista was much, much better this episode. Last week I could barely stand her but this week she made it work. The little speech Barrister Osman gave her was a well worth the listen. I hope we can see her moving on from the evil Bahadur.

This was such a great episode and I just loved watching every minute .I am excited for next week , I just hope everything is resolved without being rushed