I watch a lot of dramas, some good, some average and some so bad they make me laugh. It is rare that a drama leaves me so disaappointed but that […]

1, your upcoming project is now called Mann Mayal, before that it was Dil e Janam and before that Tera Ghum aur Hum. It almost seems as if the marketing […]

I have been thinking about this for some time now . I am excited for any number of reasons but the biggest one is that Haissem Hussain is a known […]

While daytime television is infamous for its easily digestible stereotypes and predictable plotlines revolving around the usual gheralu masley masail ; prime time on Pakistani television has managed to […] 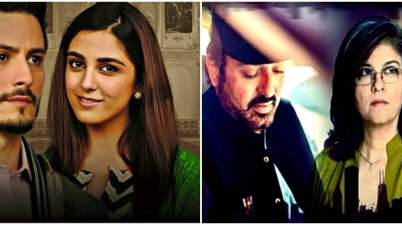 Results of DAWN NOMINATIONS 2015 (Jackson Heights Images used with permission from Asim Farooki  (http://www.asimfarooki.com/jh ) Pakistani dramas have always been an alliance between artistic and commercial interests but this year […]

SADAF HAIDER FILM & TV CONTRIBUTOR Yesterday’s finale cemented their characters Wali and Faarah’s position as the ‘It’ couple on Pakistani TV Screen chemistry is difficult to define; a strange, […]