Written by MZ  There are some episodes that are just pleasing to the eyes, ears and heart. Osman Khalid Butt wrote a smooth end of Sanam serial. The story and […]

Feminist for an episode Mann Mayal started off with a fail-safe recipe for success. According to producer Sana Shahnawaz, the original story was narrated to her by “family friend” Khalil […] 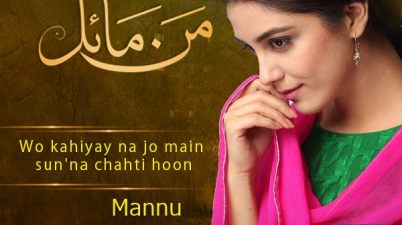 When a young Salahuddin (Hamza Ali Abbasi) first fell in love with Mannu (Maya Ali) he had neither the courage nor the confidence to ask for her hand in marriage. […]

At its heart Mann Mayal is a simple story that shows us that the obstacles we face in life may exist only in our own hearts and minds. Mannu (Maya […]

I learned three things after watching this week’s episode ; 1, Karachi is full of Bad ,Bad , Bad people who smoke weed  , mistreat their parents and attend all […]

Six episodes down and Mann Mayal is still riding high in the ratings. This is a classic love story where differences in class and wealth become almost insurmountable walls for […]

Four out of five Mann Mayal episodes would make sense if  I hadn’t seen episode 2 . I have been trying to understand Salahuddin’s attitude and it only makes sense […]

Episode 4 and I can safely say that I cannot stand Salahuddin . I know there are a million Hamza fans out there who will be trying to ” understand” […]

A very raw, emotional episode, almost too painful to watch, mostly carried by Maya Ali who seems to be the emerging star of this show. Maya Ali has been in […]